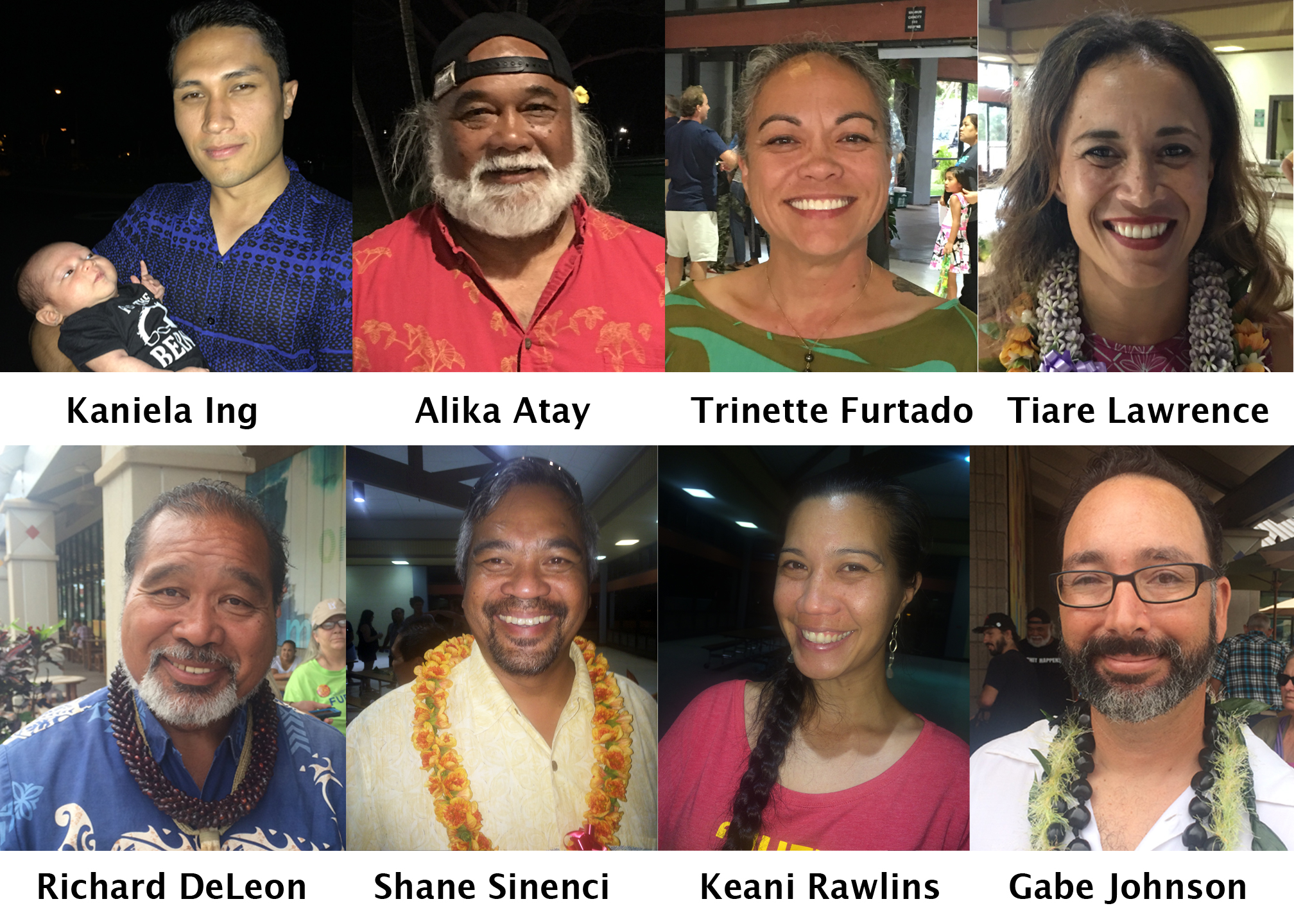 By BRIAN PERRY – City Editor (bperry@mauinews.com) , The Maui News
As the candidate filing deadline came and went Tuesday, the political dust cleared and races were set for primary and general elections this year.

All nine Maui County Council seats will be contested, and most Maui legislators face primary and/or general election opponents.

Also in the midst of four-year terms, the governor, lieutenant governor and Maui County mayor will not be running this year.

Two council seats are being vacated by the term-limit departures of Wailuku-Waihee-Waikapu Council Member Mike Victorino and Upcountry Council Member Gladys Baisa. Those seats without hard-to-beat incumbents have attracted nine candidates overall five for the Wailuku seat and four for the Upcountry seat.

For the Wailuku seat, those candidates are: Alika Atay, one of the leaders of the SHAKA Movement for a moratorium on genetically modified organisms; Joe Blackburn, a former Maui firefighter and police officer who has tried twice before to win the seat; Dain Kane, a former council member who held the seat from 1999 to 2006; Keith Regan, the county’s managing director; and Hana Steel, the county’s recycling coordinator.

(Steel’s employment status with Maui County was incorrectly reported in a Maui News story published May 15 on Page A3. She remains the county’s recycling coordinator, although she has been placed on administrative leave with pay, “against my will and wishes” and has not reported to work since July 2014.) Steel filed a federal age discrimination complaint against Maui County, and there have been recent steps to resolve the matter, she said.

On Tuesday, county spokesman Rod Antone said he could not comment other than to say Steel is the county’s recycling coordinator, and that her pay scale ranges from $59,736 to $88,404.

Blackburn said his reason for seeking the Wailuku council residency seat is to help working families.

“We are pricing and pushing our local families out of Maui County,” he said Tuesday. “While the economy is better in 2016, housing and rentals are worse. I want to serve the silent majority, our working class of Maui.”

Blackburn said his more than three decades of work in public safety, both as a fire rescue captain and police officer, “helped me understand how our public services impact the community.”

Regan said his strength also comes from his experience in government. He said he’s the only candidate in the Wailuku council race “who has the unique experience of managing the various departments of the county and helping to formulate the county’s annual budget for a span of more than seven years.”

Regan said he advocates a change to biennial budgeting for the county, and he’s critical of the current council budget system as being “time-consuming, cumbersome, inefficient and forces the entire legislative process to shut down for months . . . This is unacceptable; and it must stop.”

Kane said that over the past year he has been approached and encouraged by many people in the county to return to public service.

“I’m offering our citizens a candidacy with a proven track record of experience, with an understanding of the complex inner workings of county governance, and in particular, county legislative governance,” he said. “I’ve consistently demonstrated an ability to work with my peers to accomplish important objectives, with a focus and commitment to further our community’s interests with a sense of fairness, dignity and respect.”

Atay said he’s running for the Wailuku council seat because he believes that “decision-making should be for the community and people first, and not for corporate profit and gains.”

“I’m committed to delivering and addressing the vital issues that affect the people of Maui County: from protecting our natural resources, especially our drinking water, to addressing the issue of providing truly affordable homes for local family residents, to increasing economic development in the areas of agriculture and the ‘green-collared’ job/career opportunities,” Atay said. “I strongly believe we must continue to embrace the Maui values that keeps Maui no ka oi.”

Steel did not respond to questions sent via email Tuesday morning.

Moniz said she’s served as a community advocate for 30 years, and “I believe my ability to address complex challenges with multifaceted, broad-based solutions is just what our community needs right now.”

“We are facing environmental and economic challenges compounded by uncertainty and will need leaders with critical thinking skills to navigate us through,” she said. “I’m a critical problem solver who looks at the entire system before making important decisions.”

Affordable housing is the critical issue facing Maui County, Moniz said, emphasizing that more needs to be done to provide housing for the community’s entire spectrum of needs – “from ownership to affordable rentals and transitional housing for special populations like people with disabilities, elderly, domestic violence survivors, people getting out of prison or substance abuse treatment.”

Greig-Nakasone said she decided to run for office “because I feel it is my responsibility to use the education, experience and opportunities that have been afforded me to serve my community in this capacity. With the new types of challenges we face here in Maui County, it is imperative the next generation take an active role in leadership.”

She said her experiences as an educator and businesswoman make her a strong candidate.

Working with students of diverse backgrounds, “I must be able to walk a mile in their shoes to help all students come to a similar understanding,” Greig-Nakasone said. “This is a skill that is essential in leadership as this is a time when ‘building bridges’ in our community is urgent.”

Sugimura said she has been inspired to undertake community service by her father, Dr. Lester Kashiwa, a physician for the Wailuku Sugar Mill. “Growing up, patients would call for him in the middle of the night and no matter the hour, my father always answered their calls. He served the community by putting his patients first and serving the community as a whole.”

She said her Upcountry council candidacy is a continuation of her own 25 years of work on “community convening and improvement projects (that) have been built on the lessons of service from my father.”

“I want to connect our communities, preserve and perpetuate our culture and create economic opportunities for Maui County,” Sugimura said.

She said her top priorities are working families and jobs.

“I am an advocate for affordable housing, better roads and job creation,” she said. “I support smart growth by using alternative energy and recycling as ways to preserve our environment. I believe in a walkable and bikeable community where beaches, parks and roads are safer and where community happens.”

Council candidates have to reside in their districts but the entire county elects council members.

In a half-dozen state House races, there will be four primaries.

Similarly, South Maui Democratic Rep. Kaniela Ing will defend his seat in a primary against Deidre Tegarden, a former executive director of Big Brothers Big Sisters of Maui and chief of protocol for former Gov. Neil Abercrombie’s administration. The winner of that race will go on to face Republican Daniel (Danny) Pekus.

And, Democratic Haiku-Paia-East Maui-Molokai-Lanai Rep. Lynn DeCoite has a primary challenge from Alex Haller. And, whoever wins that contest advances to the general election against Green Party candidate Nick Nikhilananda.

The Upcountry House race between Democratic Rep. Kyle Yamashita and Tiare Lawrence will be a winner-take-all contest without another party fielding a candidate.

* Brian Perry can be reached at bperry@mauinews.com.