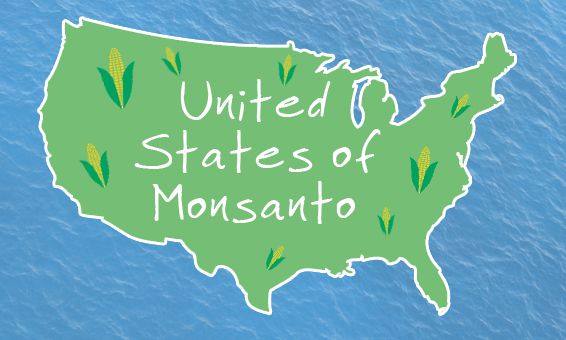 This petition, filed by the watchdog group Public Employees for Environmental Responsibility (PEER), demands that the USDA reform its so-called “scientific integrity policy,” which PEER claims contains broad language that enables the agency’s managers to suppress and alter research that has negative policy implications for big business, regardless of its merit.

The petition alleges that companies like Monsanto “have access to top agency managers” and are “invited to lodge complaints” about the work of USDA scientists.

In response, USDA scientists told PEER that managers order employees not to publish data and even rewrite and retract some scientific papers, while indefinitely delaying the approval of others. Scientists producing work that could cause regulatory headaches for the industry faced disciplinary actions and lengthy, intimidating investigations.

“If true, this is a major scandal at the USDA,” wrote Gary Ruskin, director of the pro- labeling group US Right to Know, in a March 30 letter to the US House and Senate agricultural committees demanding an investigation. “It is not the proper role of the USDA to engage in a cover up for Monsanto and other agrichemical companies.”

“The stated purpose of USDA’s scientific integrity policy is to ensure “the highest level of integrity in all aspects of the executive branch’s involvement with scientific and technological processes and analyses.” However, the Policy fails to clearly prohibit political suppression and interference.  While the Policy defines political suppression and interference, it does not include these acts in its definition of misconduct. The USDA, by its own admission, has yet to develop procedures for handling scientific integrity complaints.

Further, unlike many of its sister federal agencies, the USDA scientific integrity policy lacks any process or mechanism for preventing politically motivated suppression or for challenging it once it occurs.

Moreover, there are no cogent safeguards for whistleblowers in the Policy, which contains no clear process for protecting scientists raising integrity concerns or filing complaints.  Instead, the agency punishes scientists for research that the agency deems controversial, and the Policy lacks procedures for these scientists to seek or receive redress.