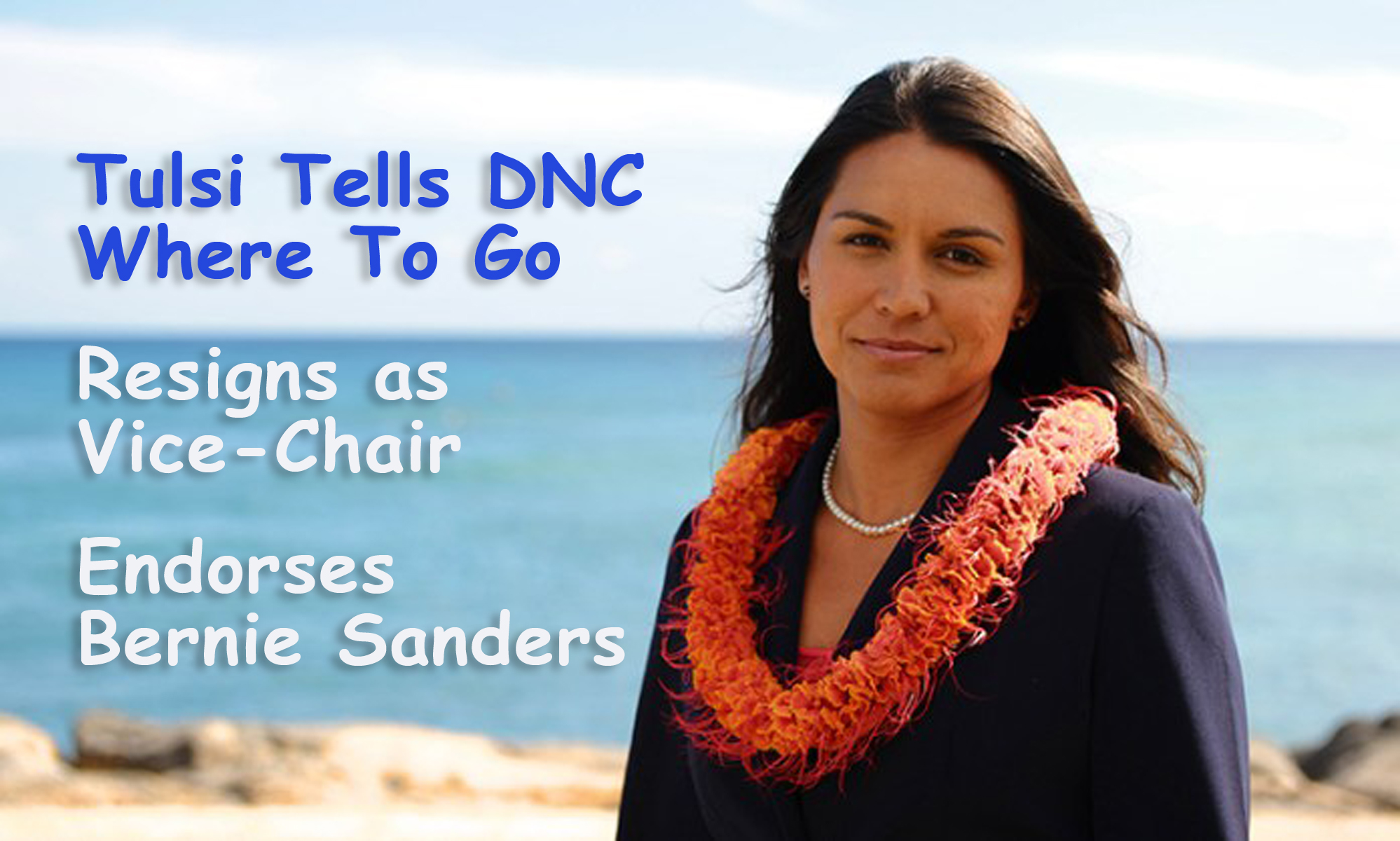 Tulsi Gabbard has resigned from the DNC following tension regarding debate schedules and apparent favoritism of Hillary Clinton.

In an email to the DNC, Tulsi explained her reasons for her resignation:

“I have taken my responsibilities as an officer of the DNC seriously, and respected the need to stay neutral in our primaries. However, after much thought and consideration, I’ve decided I cannot remain neutral and sit on the sidelines any longer.

“There is a clear contrast between our two candidates with regard to my strong belief that we must end the interventionist, regime change policies that have cost us so much. This is not just another ‘issue.’ This is THE issue, and it’s deeply personal to me. This is why I’ve decided to resign as Vice Chair of the DNC so that I can support Bernie Sanders in his efforts to earn the Democratic nomination in the 2016 presidential race.”

Gabbard admits that there has been high tension within the DNC in the last several months, including disagreement over the Democratic debate schedule which many have seen as a way to favor Hillary Clinton.

The former vice chair has now endorsed Bernie Sanders for president. In a statement, Sanders said:

“Congresswoman Gabbard is one of the important voices of a new generation of leaders.”

“As a veteran of the Iraq War she understands the cost of war and is fighting to create a foreign policy that not only protects America but keeps us out of perpetual wars that we should not be in.”

Gabbard previously told “Meet the Press” that “As a veteran and as a soldier I’ve seen firsthand the true cost of war. I served in a medical unit during my first deployment, where every single day I saw firsthand the very high human cost of that war.”

“I think it’s most important for us, as we look at our choices as to who our next commander in chief will be, is to recognize the necessity to have a commander in chief who has foresight, exercises good judgment, who looks beyond the consequences, looks at the consequences of the actions they’re looking to take, before they take those actions, so we don’t continue to find ourselves in these failures that have resulted in chaos in the Middle East and so much loss of life.”

This is Sanders highest profile endorsement yet.