On Monday, March 2 Magistrate Judge Barry Kurren published his findings and recommendation to the Chief District Court Judge Susan Mollway to deny SHAKA’s motion to have our State case remanded (returned) to the State court.

Once again (as it was in the cases involving Kauai and Hawaii Counties, both of which are on Appeal to the 9th Circuit Court of Appeals) Magistrate Judge Kurren’s reasoning in siding with the industry is legally flawed. A motion designed to correct this and asking for a proper ruling from Judge Mollway will be filed before the March 10th hearing in the Federal case; The case where the industry litigants have sued Maui County to not have the results of the November general election (calling for Moratorium on further open air genetic experimentation) certified or implemented.

Feel free to join the SHAKA Team at Federal Court on Oahu March 10.  Get more info from SHAKA 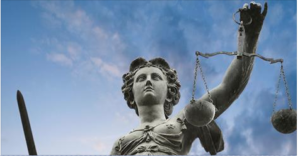 And to review what we know about Judge Kurren:

Exposed: The Judge in the Monsanto-Maui lawsuit is tainted

In a previous article, I ran down Judge Barry Kurren’s wife’s connections to big biotech in Hawaii.

Now I have more. Much more.

Judge Kurren is overseeing the Monsanto/Dow lawsuit against Maui, where the people recently voted to halt Monsanto/Dow GMO research.

Does the Judge have a conflict of interest?

Is the Pope Catholic?

Until at least the fall of 2011, Judge Kurren’s wife, Faye, was a trustee of The Nature Conservancy (TNC) (twitter), a 6-billion-dollar environmental group.

TNC specializes in working with mega-corporations, who donate major money, in return for receiving TNC’s “good housekeeping seal of approval” as friends of the environment.

In 2011, TNC leveraged a blockbuster deal. Dow pledged a $10 million donation. In exchange, Dow could forthwith use the TNC logo on its site and all its products.

That’s like painting a cobra’s hood with Mr. Rogers’ face.

This would be the same Dow whose GMO/pesticide experiments on Maui the voters decided to stop.

The voter stoppage provoked the lawsuit from Dow and Monsanto.

Faye’s husband Barry is the Judge in the case.

Faye was a trustee at TNC, who took $10 million from Dow.

So…what are the chances Faye’s husband will step on Dow’s face in the lawsuit?

Could the ban-GMO movement ask for more vicious enemies?

Search the extensive TNC website and try to find one negative mention of GMOs or toxic pesticides in their “championing of the environment.”

And what about the boss at TNC?

The CEO is Mark Tercek, former managing partner at what Matt Taibbi calls the “great vampire squid wrapped around the face of humanity, relentlessly jamming its blood funnel into anything that smells like money”:

Tercek is also a member of the Council on Foreign Relations, the vampire squid’s brother.

Tercek writes: “We would also be smart to put more focus on making GMO technology available to lower-income farmers, given the potential benefits that climate-resilient GMO crops could bring to the developing world.”

“Climate-resilient.” Sure. What’s wrong with those damn crops that keep demanding decent weather? Fix them with new genes from Dow. Can’t wait for food that doesn’t need water or topsoil.