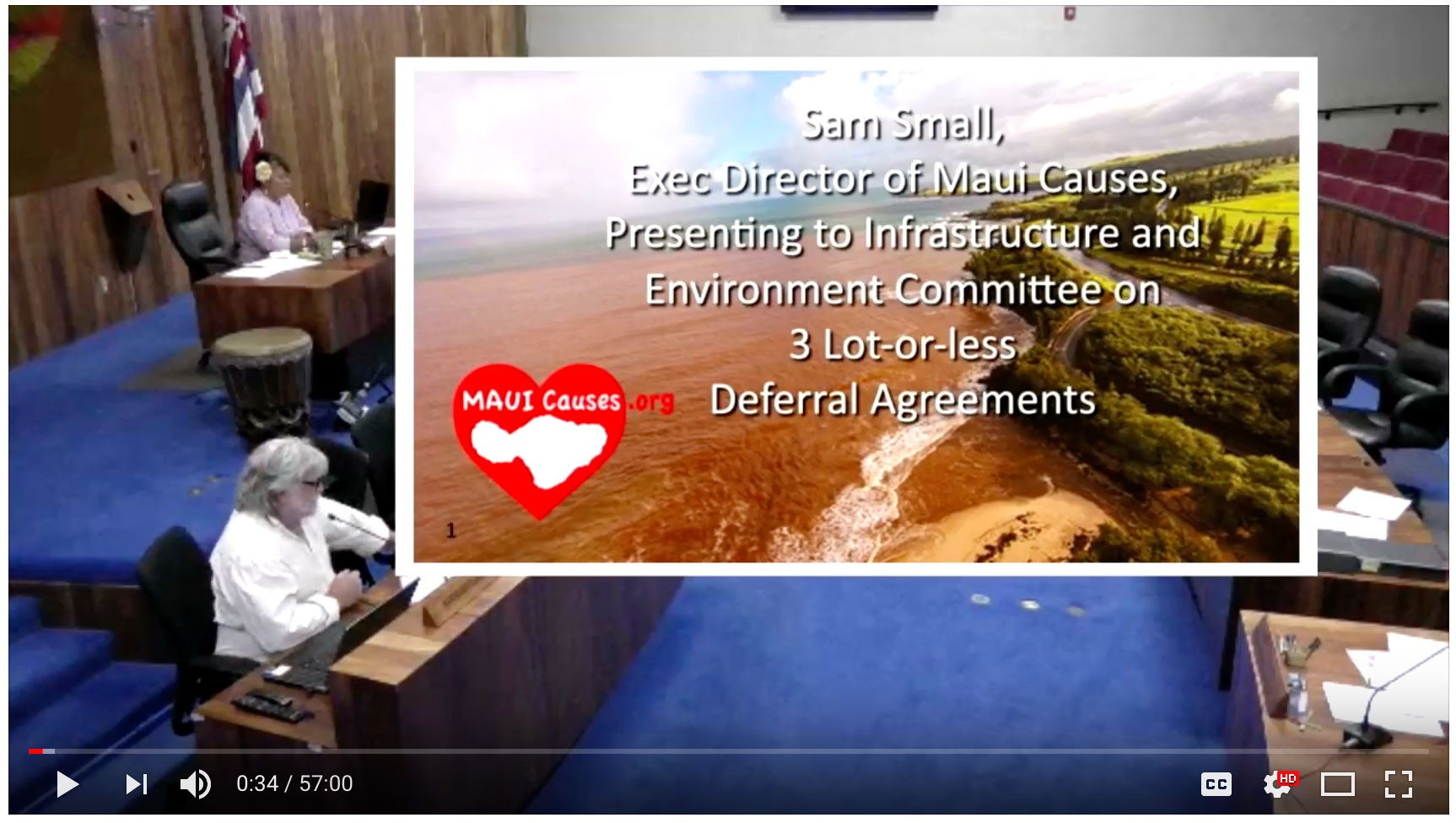 Council Members, please view this 3-minute video, an excerpt from a 45 min presentation that I was asked to give to Elle Cochran’s Infrastructure committee in 2018 that details the loopholes between Public Works and Planning that allows projects like Greg Brown’s to violate our community’s rights and degrade our shoreline.

There is a revolving door between the departments and land developers that is consistently abused by a small group of individuals who exploit the loopholes for profit at the expense of Maui’s taxpayers and our environment:
As an example, Public Works Director David Goode signed off on the Olowalu Subdivision even though the conditions of their SMA permit had not been met. And, even after the developer was 10 years later forced to return to the project because of a citizen complaint, some of those conditions are still unfulfilled to this day.

The main portion of the presentation was on the 3-Lot-or-less Deferral Agreements which are also an example our extended systemic abuse that continues to this day. The County Auditor appears to now also be complicit in obstructing the community in that it has taken over three years for his office to deliver the audit he committed to and has stated he’s put it on hold, falsely claiming that legal action by Christopher Salem against Mayor Victorino requires him to pause. That’s not the least bit true.

Here’s the link to the longer presentation on Deferral Agreements that was the trigger for the Council to request the audit: https://www.mauicauses.org/maui-causes-show-64/

There are simple changes that the council can initiate by ordinance that will close the loopholes and I urge you to communicate with Christopher Salem who has been a consistent whistleblower of these abuses.

Thank you for all you do.