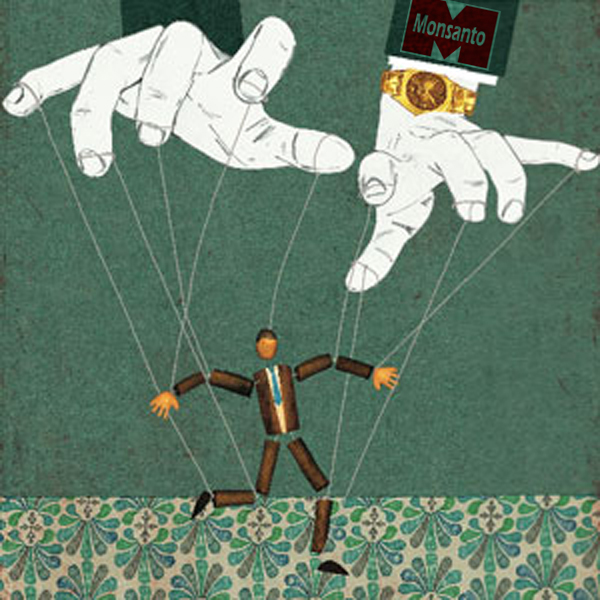 Roundup is a product of Monsanto.

A Perspective article published today in the New England Journal of Medicine calls for the labeling of genetically modified foods.

The two write that such labeling “is essential for tracking emergence of novel food allergies and assessing effects of chemical herbicides applied to GM crops.”

“It would respect the wishes of a growing number of consumers who insist they have a right to know what foods they are buying and how they were produced,” the two write.

“And the argument that there is nothing new about genetic rearrangement misses the point that GM crops are now the agricultural products most heavily treated with herbicides and that two of these herbicides may pose risks of cancer.”

The article also calls for the Environmental Protection Agency to delay its permit to allow the use of Enlist Duo, what the article refers to as “a new combination herbicide” that has been “formulated to combat herbicide resistance” to such agents as glyphosate (Roundup).

The authors argue that the risk assessment that the EPA used in allowing Enlist Duo to go to market does not take into account more recent studies on related “potential health health effects in infants and children” from formulated glyphosate and a determination this year that glyphosate is a”probable human carcinogen” and 2,4-D (contain in Enlist Duo) is a “possible human carcinogen.”

“These classifications were based on comprehensive assessments of the toxicologic and epidemiologic literature that linked both herbicides to dose-related increases in malignant tumors at multiple anatomical sites in animals and linked glyphosate to an increased incidence of non-Hodgkin’s lymphoma in humans,” the authors write.

They also state that the “widespread adoption of herbicide-resistant crops has led to overreliance on herbicides and, in particular, on glyphosate.”

“Not surprisingly, glyphosate-resistant weeds have emerged and are found today on nearly 100 million acres in 36 states. Fields must be now be treated with multiple herbicides, including 2,4-D, a component of the Agent Orange defoliant used in the Vietnam War,” the article states.

It notes, “Herbicide resistance is the main characteristic that the biotechnology industry has chosen to introduce into plants.”

“Corn and soybeans with genetically engineered tolerance to glyphosate (Roundup) were first introduced in the mid-1990s. These “Roundup-Ready” crops now account for more than 90 percent of the corn and soybeans planted in the United States,” the authors state.

Landrigan is a professor of pediatrics at Mount Sinai School of Medicine in New York, and an adjunct professor of environmental health at Harvard University School of Public Health.