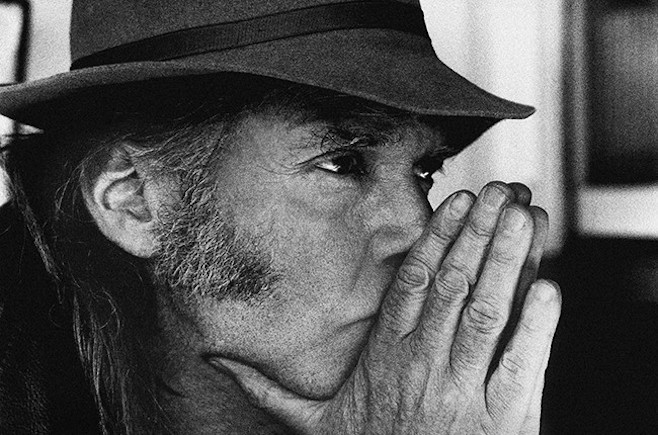 Neil Young has teamed up with Promise of the Real, a band featuring Lukas and Micah Nelson (sons of the legendary Willie Nelson), to record an album titled The Monsanto Years, as Rolling Stone reports. As you might guess, the album is composed of songs criticizing food industry giant Monsanto, which Young has spoken out against for years. The record will be out June 16, with Young and Promise of the Real touring to support it. (Band of Horses will open on a handful of dates.) Check out their schedule below.

Some songs that might appear on the album debuted at a recent show in San Luis Obispo, California. They include titles such as “Rock Starbucks”, “Monsanto Years”, “Too Big to Fail”, and “Seeds”, as fan site Sugar Mountain points out. Below, you can watch a few videos from that show, comprising some of the new songs along with older ones like “Walk On”, via Stereogum.

Last year, Young urged his fans to boycott Starbucks over their alleged ties to Monsanto.