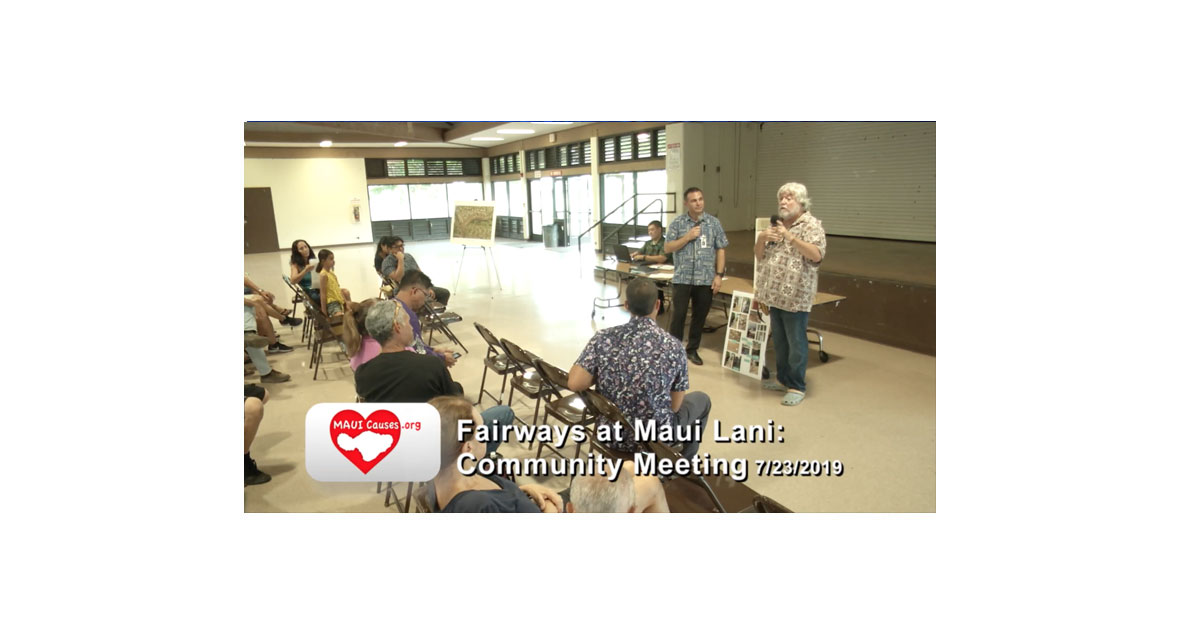 Public input was sought on various options for 50 Maui Lani lots acquired by the County of Maui through a settlement with a developer in 2011.

We believe that Maui’s Corporation Counsel Patrick Wong acted illegally is 2011 to hide from the Maui County Council an alternative proposal that was accepted by the Developer to turn the property into affordable housing.

By withholding the alternative proposal, Wong was able to engineer an $11 Million deal brokered through his law school pal. In return, it is believed that Wong received over $1 Million which he claims were gambling winnings but for which he cannot provide tax records to verify.

The 50 lots are in The Fairways at Maui Lani subdivision. Options include partnering with a developer to build homes or selling the lots and reinvesting the proceeds in acquiring land well-suited to a multi-family project.

For more information, call Sandy Baz at Maui County’s Department of Management at 270-7855.