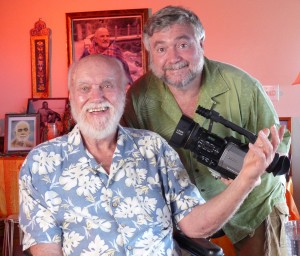 One of my greatest joys as a film-maker is that for the past 16 years living on Maui I’ve been regularly called upon to film and edit hundreds of hours of events and interviews with such a wise, generous and influential soul as Ram Dass.

RD’s Be Here Now continues to influence generations of modern Truth Seekers around the world and he’s part of a core few who literally invented the Hospice and Conscious Dying movements.

Ram Dass allowed me to produce Dying Into Love, a groundbreaking, online video-based training on ‘How to “Be” with someone who is dying.” with Joan Halifax, Dale Borglum, and Bodhi Be. 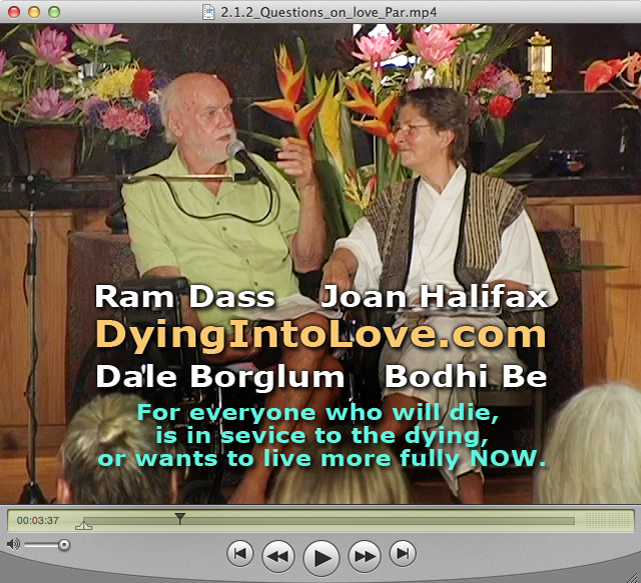 It was through Ram Dass that Eckhart Tolle hired me to direct his Live from Maui Global Broadcasts with RD and Wayne Dyer (another career highlight). 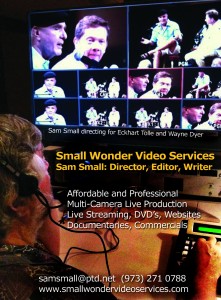 And now director Jamie Cato (One Giant Leap) has woven a series of interviews I filmed with Ram Dass with a wonderful selection of archival recordings that reveal just how consistently on-point RD has been in delivering the simple teachings his guru Neem Karoli Baba instructed him to share starting back the 1960’s.  The film Becoming Nobody is just completing its theatrical run and pre-sales are now available for the DVD or digital download available January 14th, 2020. 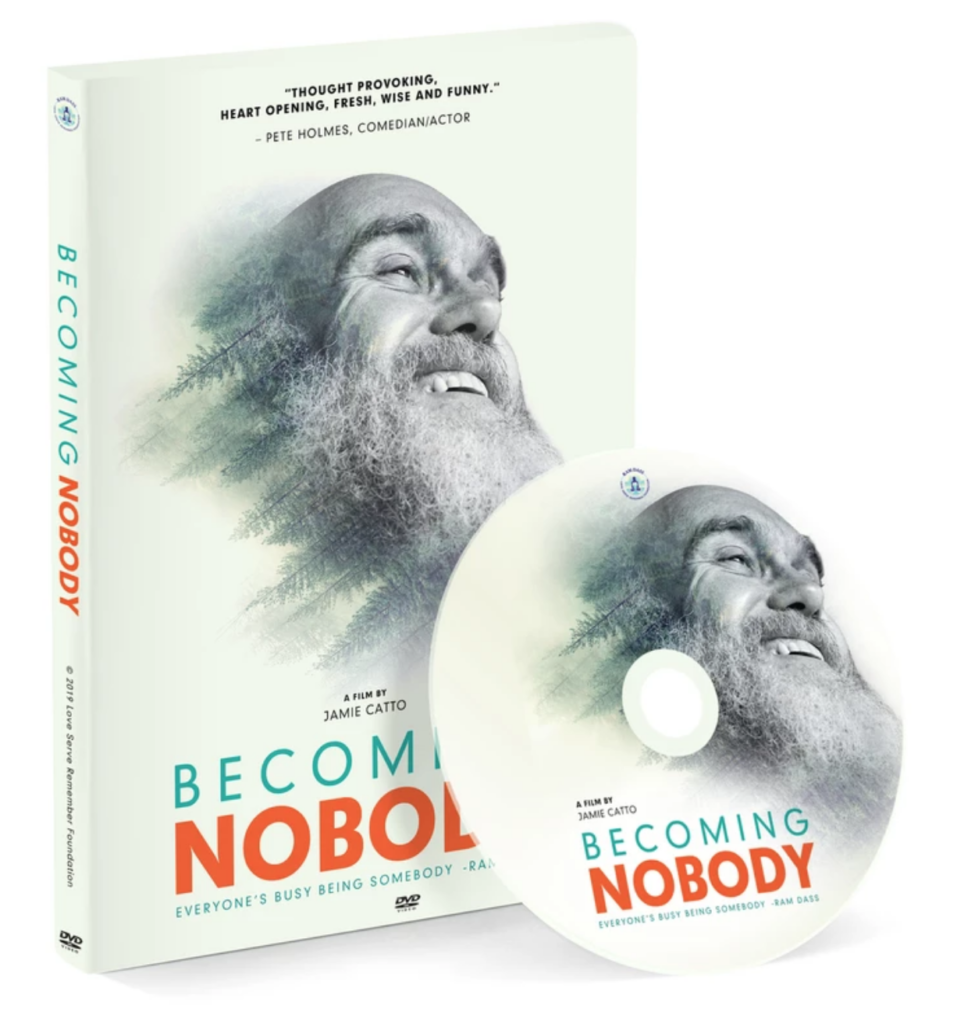 Ram Dass has forever changed the landscape of Western Culture. It’s up to every one of us to keep his teachings and generosity of spirit alive.