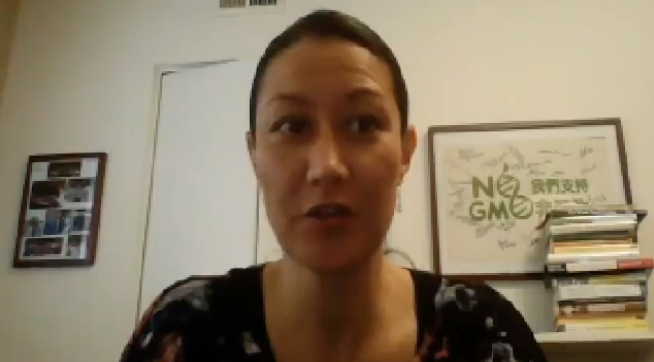 With Commentary From Zen Honeycutt from Mom’s Across America:
Who urges us all to Call the EPA 703-308-8187 Neil Andersen and demand that they REVOKE the license of glyphosate. Demand that they include the levels of glyphosate in mother’s breast milk in their draft assessment of glyphosate, of whether to approve it for another 15 years, which will be announced in July. Now is the time everyone, make sure we are LOUD for the next month.

WASHINGTON By: Carey Gillam, Reuters • The Environmental Protection Agency has wrapped up its review of the world’s most widely used herbicide and plans to release a much-anticipated preliminary risk assessment no later than July, the regulator’s chief pesticide regulator told Reuters.

The EPA review of the health and environmental impacts of glyphosate comes at a time of intense debate over the safety of the chemical, and after the World Health Organization’s cancer research unit declared in March that glyphosate was “probably carcinogenic.”

Jim Jones, assistant administrator for the EPA Office of Chemical Safety and Pollution Prevention, said the agency’s review of the health and environmental impacts of glyphosate was concluded months ago, but its report was delayed to allow the agency to learn more about the WHO findings.

Glyphosate is an ingredient in Roundup herbicide and more than 700 other products sold globally. It is popular with farmers, and is used broadly on genetically altered corn, soybeans and other crops. Creve Coeur-based Monsanto Co., the maker of Roundup, made roughly $5 billion in revenue last year from glyphosate.

Jones declined to provide details about the conclusions.

Consumer and environmental groups cite a range of concerns about the chemical and have been demanding restrictions on its use, but agribusiness companies say there are no valid safety concerns and that the chemical is a key agricultural tool.

After the EPA issues the preliminary risk assessment for glyphosate, the agency will take public comments before formalizing a final regulatory proposal.The EPA’s upcoming draft risk assessment on glyphosate comes at a time when Monsanto and other agrichemical companies are developing biopesticides, which are based on natural organisms like plant and soil microbes rather than synthetic chemicals, and seen by some as alternatives to traditional pesticides.

Jones said the EPA is encouraging development of biopesticides because they “have very favorable human health and environmental profiles.” He said they are likely to overtake synthetic chemicals in agriculture at some point if their use continues what he called “dramatic” growth.