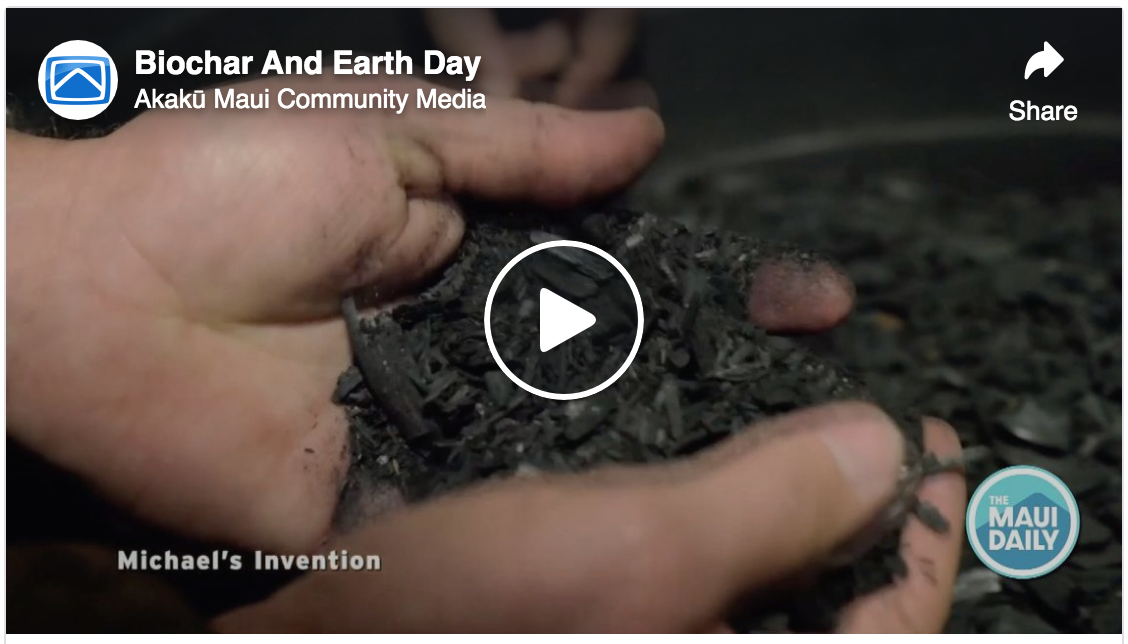 Apparently 10 years ahead of their time, Maui residents and environmental educators Charlotte O’Brien and Sam Small made a video about how the manufacturing on a global scale of something called Biochar is the best way we have to draw down the massive amount of carbon in the atmosphere from our reliance on burning fossil fuels for power.

The rest of the world seems to be finally catching up as their 10 ten year old video has been selected by the International Earthday committee to help celebrate and educate over 8 million viewers expected online at the 51st global Earthday celebration.

There’s a second Maui connection too as Earthday will also show animation from the award winning documentary “The Need To Grow” which details the closed-loop, bio-digestion process developed by inventor Michael Smith, doing in a matter of days what nature takes 400 years to do.

Funded by a $50,000 grant from the Maui County Council, Inventor Michael Smith and Char O’Brien are currently collaborating on a tropical efficacy study of biochar saturated with liquid biostimulants and the feasibility of using tropical flora and algae as feedstock for an Earth Power Lodge on Maui to produce Biochar, Biostimulants and power for homes and industry.

Earthday’s video also features James Gaspard, CEO of Biochar Now the only manufacturer of Biochar that is EPA, FDA, USDA approved. Their extremely pure biochar can absorb heavy metals, and chemicals like Round-Up and Atrazine from polluted water and soil.

Of particular interest to the Earthday committee was Char O’Brien’s proposal for poor, rural communities worldwide where evermore local forests are stripped to make Charcoal for sale. By providing simple stoves to make Biochar instead, carbon will be kept out of the air and local incomes will triple or more.