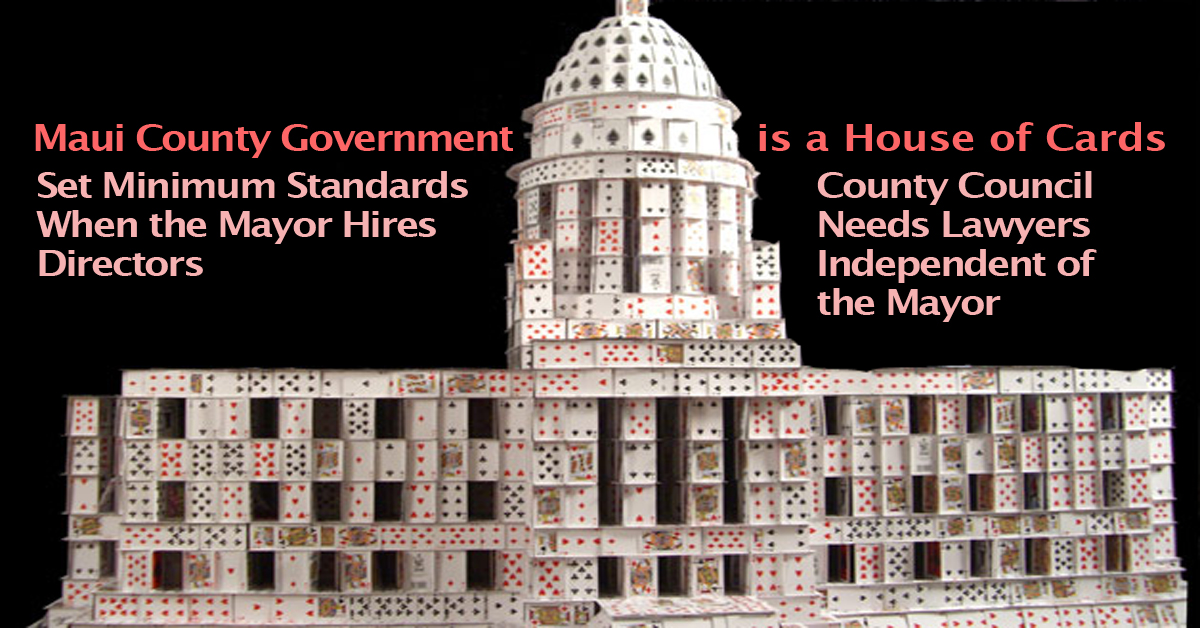 The practice of deferring infrastructure improvements that began in 1974, mainly to help local families avoid becoming full-fledged developers yet still divide up their land in 3 parcels or less for their offspring, has turned out to have been a really bad idea. Through either negligence or corruption, the county never set dollar values to or created a mechanism to collect on the deferred improvements. Taxpayers countywide have ended up absorbing the costs of the uncollected deferred improvements, and the vagueness of the liens that have been placed on deeds now plagues homeowners who cannot satisfy the debt nor clear title to sell their properties.

Where this gets really interesting is that unknown to the public for almost four decades, the administration and corporation counsel secretly expanded the same deferral agreements to include large subdivisions, commercial properties, and multi-family condominiums.  Those huge untracked and uncollected deferments represent untold millions of dollars lost to Maui Taxpayers as well as lost opportunities to have big developers build the low income housing Maui so desperately needs.

Chris Salem, a past administrative assistant for the County Council, discovered all this the hard way, when he unwittingly purchased a property with one of these nonspecific liens and got stonewalled by the county when he sought a solution. After years of the County trying to duck the issue by withholding evidence, making up lies and ignoring obvious conflicts of interest, Chris is doing the only thing left to do, he’s gone to Federal Court to sue everyone involved as officials and as individuals, including: Maui Mayor Alan Arakawa, Managing Director Keith Regan, Corporate Council Patrick Wong, Public Works Director David Goode, former Public Works Director Milton Arakawa, Planning Director William Spence and others.

Obstructionism is what Maui County’s Corporate Council seems to do in all cases, including all instances where unqualified Department Directors appointed by the Mayor make bad or illegal decisions. And it is why the proposed charter amendments to place minimum standards on the hiring of Directors and creating a way for the County Council to secure legal advice that is not controlled by the Mayor are so important.

And more on Maui Time Weekly