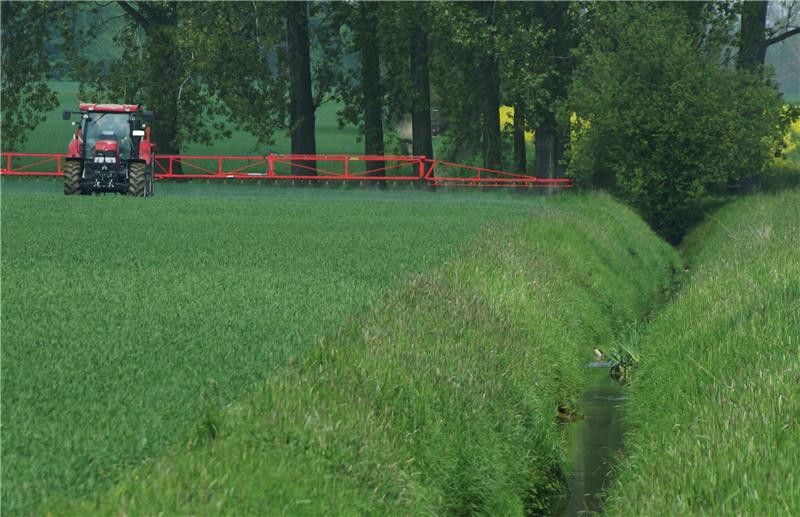 Summary:
A new study evaluated for the first time comprehensive global insecticide contamination data for agricultural surface waters using the legally-accepted regulatory threshold levels (RTLs) as defined during the official pesticide authorization procedures. The results are alarming: more than 40% of the water-phase samples with a detection of an insecticide concentration, exceeded respective RTLs. Concerning the exposure of sediments (i.e., deposits at the bottom of the surface water bodies), more than 80% of the insecticide concentrations exceeded RTLs, which, however, often are less binding from a regulatory perspective. Overall, the results of this study indicate that insecticides pose substantial threats to the biodiversity of global agricultural surface waters and that the current regulatory risk assessment schemes and pesticide authorzsation procedures fail to protect the aquatic environment.

A study performed at the Institute for Environmental Science of the University of Koblenz-Landau evaluated for the first time comprehensive global insecticide contamination data for agricultural surface waters using the legally-accepted regulatory threshold levels (RTLs) as defined during the official pesticide authorization procedures. The results are alarming: more than 40% of the water-phase samples with a detection of an insecticide concentration, exceeded respective RTLs. Concerning the exposure of sediments (i.e., deposits at the bottom of the surface water bodies), more than 80% of the insecticide concentrations exceeded RTLs, which, however, often are less binding from a regulatory perspective. Overall, the results of this study indicate that insecticides pose substantial threats to the biodiversity of global agricultural surface waters and that the current regulatory risk assessment schemes and pesticide authorization procedures fail to protect the aquatic environment.

The results of this study fundamentally challenge the current regulatory risk assessment procedures for pesticides and indicate threats to the freshwater biodiversity at the global scale. “Potential reasons for these findings are failures of current risk assessment procedures or farmers` non-adherence to pesticide application prescriptions” says Ralf Schulz, one of the authors of this study. Fundamentally reforming global conventional agricultural systems and the adoption of promising approaches from organic farming are possible ways to meet the twin challenges of providing sufficient food for a growing human population and reversing the adverse impacts of agricultural pesticides on global ecosystems such as surface waters.

The environmental risk assessment for pesticides, which is mandatorily conducted by regulatory agencies prior to their authorization, is generally perceived as highly elaborated. These risk assessment procedures should ensure that the agricultural pesticide applications do not lead to unacceptable adverse effects on aquatic and terrestrial ecosystems or on the human health. During the authorization procedure of a given pesticide, a specific concentration level (i.e., the RTL) is defined at which the ecological effects are considered to be acceptable, e.g., at which no unacceptable effects on the ecological integrity of surface waters and aquatic organisms are expected to occur. After a pesticide is authorized and in use, farmers must adhere to specific application prescriptions, e.g. a 20 m no-spray buffer zone next to a surface water body. These prescriptions should ensure that the RTL is not exceeded in the field. In essence, pesticide registration in the US or the EU is granted only if all risk assessment requirements are met and assuming that farmers adhere to the respective application prescriptions. However, it is important to note that the RTLs defined during the prospective pesticide authorization procedures do not denote official water quality criteria as the regulatory risk assessment is based on the assumption that these RTL are never exceeded in the field due to the comprehensive risk assessment schemes and farmers application prescriptions.

The researchers from the University Koblenz-Landau list in their study several reasons why the actual situation in the field potentially is even worse: First, insecticide contamination data could be retrieved for only about 10% of global agricultural surface waters, which indicates that there is no scientific knowledge on the insecticide contamination of surface waters in large parts of the world, especially concerning Russia or large parts of South America. Moreover, insecticide concentrations in surface waters are very hard to detect as they occur even in highly contaminated surface waters only very briefly, i.e. only during a few days per year. However, due to the high toxicity of insecticides for aquatic organisms, these short-term peak concentrations, which occur repeatedly each year in agricultural surface waters, lead to substantial and long-lasting adverse effects on aquatic communities. Further on, in more than 80% of the samples that were analyzed for various pesticide compounds, more than one, in some cases even up to 30 further pesticides were detected. Although the resulting adverse effects of these pesticide mixtures potentially are substantially higher compared to those of single compounds, they are, however, not considered in the regulatory risk assessment procedures. In general, aquatic organisms are highly susceptible already to insecticide surface water concentrations far below benchmark levels defined, for example, those for drinking water. However, as stated above, legally binding environmental quality criteria are available for only very few insecticide compounds.

The study, that was just published in the scientific journal Proceedings of the National Academy of Sciences, evaluated also whether newer insecticide compounds pose lower risks to surface waters compared to older compounds. However, the opposite was true: Newer, increasingly used insecticides, such as pyrethroids, exceeded the regulatory threshold levels by even 66%, whereas the older and due to other environmental concerns currently banned or less frequently used organochlorine insecticide compounds, led to only 24% RTL exceedances. The authors conclude that the acute environmental risk for surface waters apparently even increased with the development of newer insecticide classes. In addition, the risks of insecticides for aquatic ecosystems are unacceptably high even in highly regulated countries such as the EU or the US although currently used major pesticide legislations were enforced in the regions already at the beginning of the 1990s. Moreover, an in-depth analysis showed that in less regulated countries (e.g., countries in Africa or Asia), 42% of the insecticide concentrations exceeded the RTL; surprisingly, this figure is only slightly lower (i.e., 40% RTL exceedances) in highly regulated countries such as the US, EU, Canada, Japan or Australia.

The above story is based on materials provided by Universität Koblenz-Landau. Note: Materials may be edited for content and length.