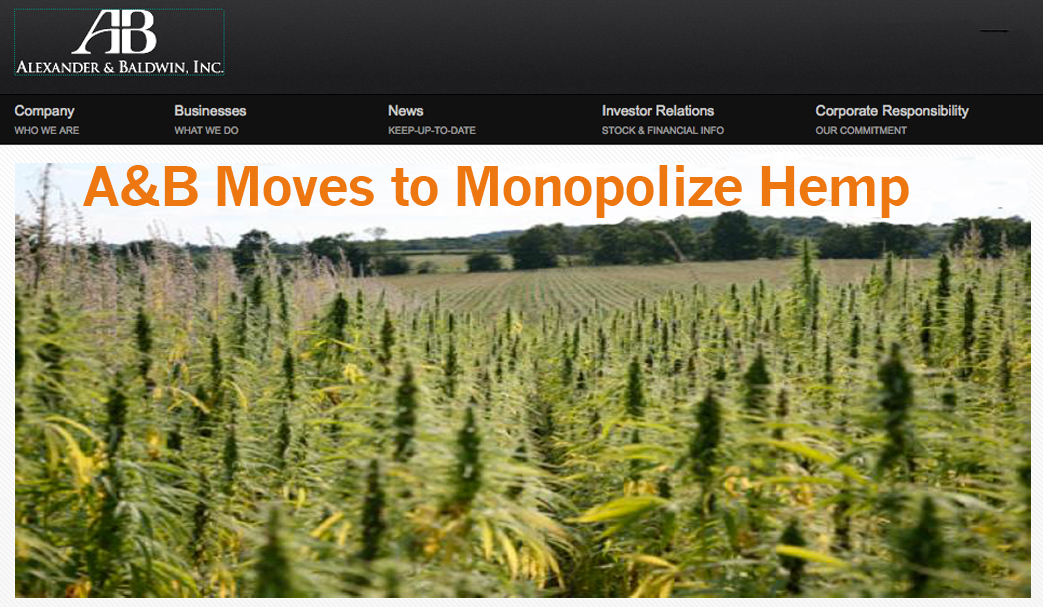 The Dept of Ag was giddy with anticipation in its Testimony on S.B. No. 2659, S.D. 2, entitled: A BILL FOR AN ACT RELATING TO INDUSTRIAL HEMP, “…we will establish an agency relationship with licensees throughout the State who will operate as extensions of the Department for the purposes of research on the growth, cultivation, and marketing of industrial hemp.” The Dept praised the bill for providing “far more detail to moving industrial hemp forward than that proposed in Senate Bill No. 2787…” 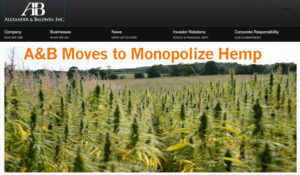 There was a lot of testimony in favor of the bill which would allow and regulate Hemp research across the state and so The Committee on AGR recommended that “the measure be PASSED, UNAMENDED.” See testimony: http://www.capitol.hawaii.gov/Session2016/Testimony/SB2659_SD2_TESTIMONY_AGR_03-17-16_.PDF

Not so fast says A&B and Clift Tsuji.

A&B wants to amend the bill Big Time, and was kind enough to completely rewrite it such that all Hemp Research in Hawaii would be restricted to only ONE SINGLE SITE, to be determined by U. of H. (with, you can assume, input from A&B) closing the door on anyone else being able to advance the cause and get a foothold on the coming huge Hemp market.

How convenient for A&B to establish a monopoly on Hemp in Hawaii. And what a betrayal of the public trust for Tsuji to support it.

Even though his own committee recommended that the bill pass UNAMENDED, Tsuji wrote to Joe Souki to say “Should the Committees on Judiciary and Finance deliberate on this measure, your Committee on Agriculture respectfully requests that … The Committees on Judiciary and Finance examine and evaluate the merits of the proposed revisions to this bill submitted by Alexander & Baldwin, Inc.”  http://www.capitol.hawaii.gov/session2016/CommReports/SB2659_SD2_HSCR1098-16_.htm

Just another day in Hawaii where the interests of Corporate Profits trump the public’s well being and our Senate Lap Dogs lick up the Juice.

So keep your eyes peeled for notice of the next hearing and be ready to testify against A&B’s suggestion that there be only one site for hemp research in Hawaii.

And to be fair, one of A&B’s suggested changes is not completely without merit, they astutely observed that the THC content of Hemp grown in the tropics could push the legal boundary of 0.3% (which is meaningless really, you would need to smoke a joint the size of a telephone pole to get high from industrial hemp)  but because of the way federal laws are written that eventuality should be planned for.   But restricting Hemp research to only U. of H. and  only one site is absurd. 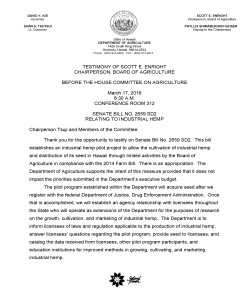 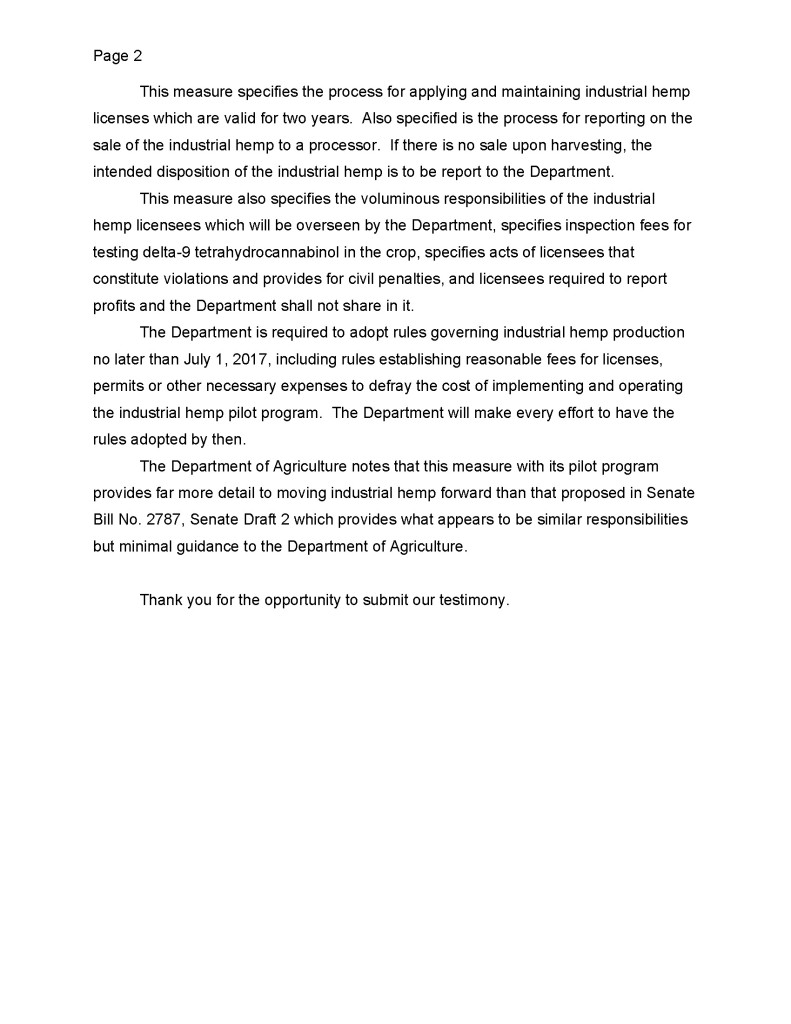 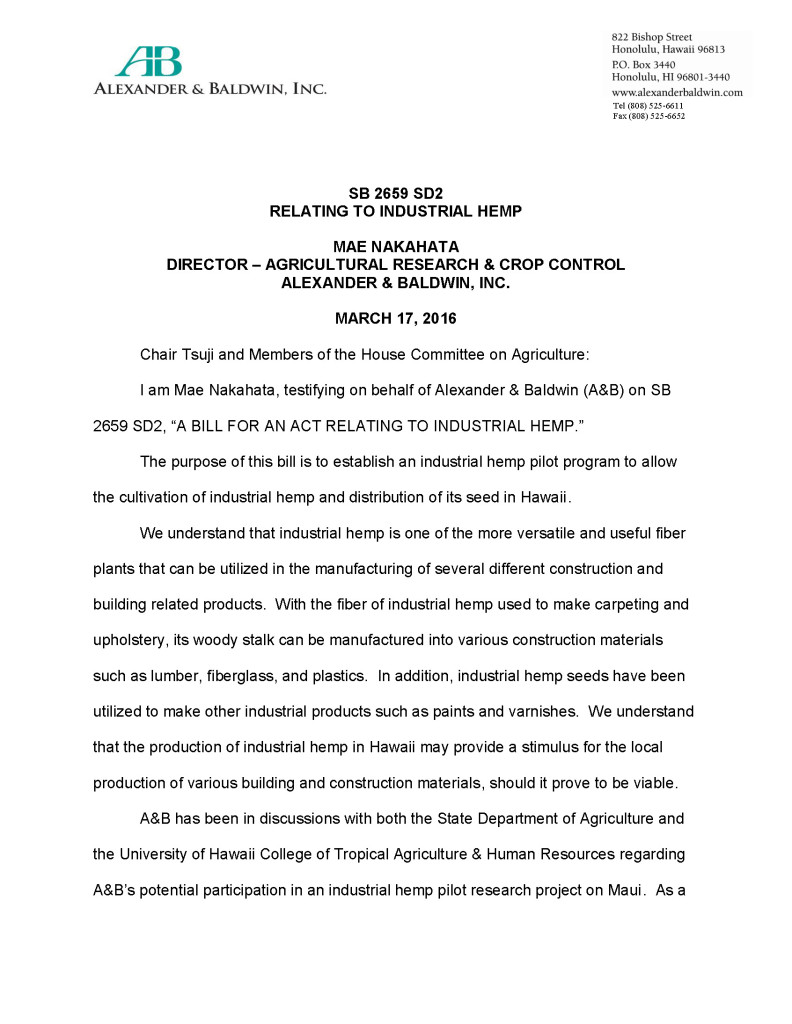 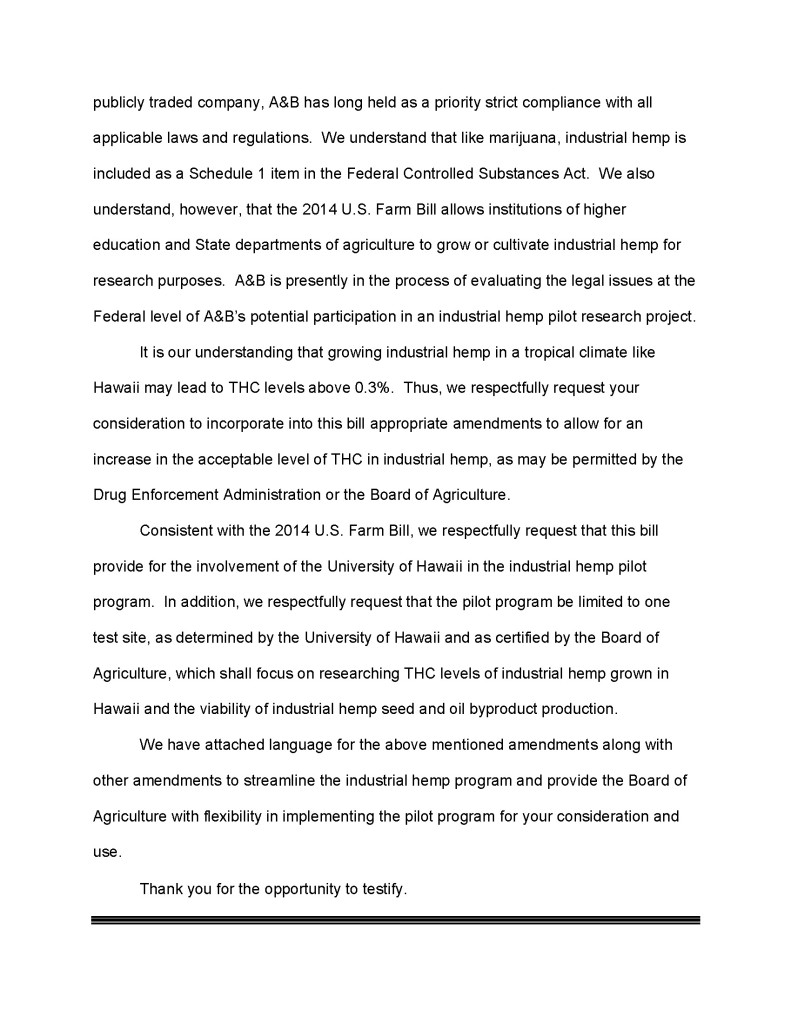